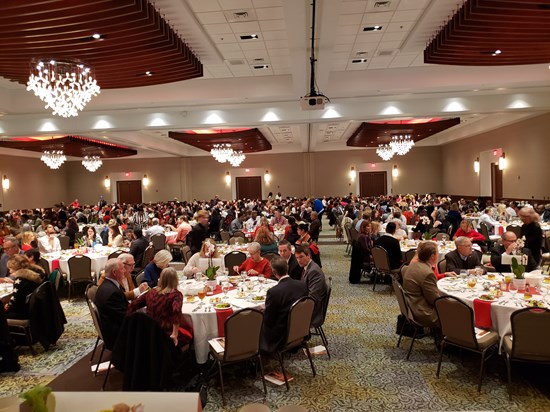 I recently had the pleasure of attending and speaking at the Annual Meeting of the Coastal Horizons Center, Inc.


I am very proud to have been involved with 2 legislative actions addressing the terrible opioid crisis here in New Hanover County and across the State.


First, I was 1 of the 4 Primary Sponsors of the House Bill that initially addressed the Opioid problem statewide. This bill was passed by both legislative chambers and signed by the Governor.


Second, I led the charge in getting the necessary funding for the Wilmington Pilot Project to Treat Opioid Overdoses, which has been a big success. Coastal Horizons is an important part of that project, and I would like to thank them for all that they do in helping to battle this addiction. 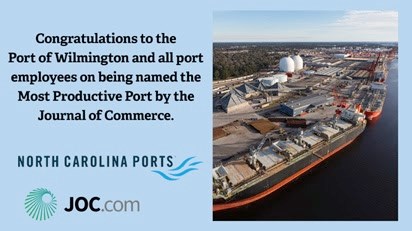 The success of the Port of Wilmington is essential to keeping our local economy growing. During my time in the State House, I’ve worked closely with the NC Ports Authority to ensure they are receiving the resources and support they need and deserve from the state. Kudos to the NC Ports Authority, and all of the men and women working hard at our port every day, on this great honor!

The NC Chamber recently named me as a 2019 Jobs Champion in its annual How They Voted Report. How They Voted details lawmakers' voting records on key bills identified as critical to preserving and enhancing a positive climate for business and job creation in North Carolina.


I am honored to once again be named a "Jobs Champion" by the NC Chamber, and I remain committed to strengthening North Carolina's competitive footing, creating jobs, and securing our economic future.


"The 2019 legislative session saw a number of successes for North Carolina' job creators and communities and we are grateful for Rep. Davis's leadership in promoting pro-growth policies," said Ray Starling, general counsel at the NC Chamber. "We appreciate that Rep. Davis stood up for the ideas that will fuel our state's competitive business climate and grow our world-class workforce, and we look forward to continuing to work with him in the future".


The North Carolina FreeEnterprise Foundation (NCFREE) Legislative Business Ratings is a report produced at the conclusion of the NC General Assembly "Long Session" that occurs in the odd-numbered year.


This analytical assessment of the business disposition of all House members is based on confidential input from a group of more than 300 business leaders, business trade association executives and government affairs professionals.


The closer the rating is to 100, the more aligned with the principles of free enterprise that legislator was during the 2019 Long Session. I am proud that I received a rating of 95.3%.

Since 2014, North Carolina has seen more than 500,000 new jobs created and filled, which is among the highest in the Southeast. Also, 28 Fortune 500 manufacturers have established their headquarters in North Carolina. North Carolina's success story has not gone unnoticed. Forbes ranked us the best state in the country to do business for the last two years. In addition, CNBC has ranked our economy No. 1 in the nation.


As your Representative, I will continue to support legislation that will bring jobs to and boost the economy of New Hanover County, as well as the rest of North Carolina.